A decorated Masters Cyclist from Coventry, England is preparing to tackle the Giro d’Italia to raise vital funds for four charities.

Despite winning a total of 17 World Championship medals and 79 British Cycling Championships medals throughout his illustrious career, now at the grand old age of 78, Mick believes this will be his toughest challenge yet.

He said: “The Tour of Italy is equally as tough if not tougher than the Tour De France and is 3,400km long. 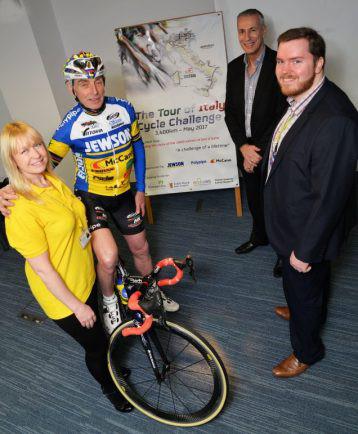 “I’m not saying how long it will take me to complete the event but I will complete it.  It’s a three week job for the professional athletes with a few rest days in between which are normally used to travel to the start of the next stage.  This year marks the 100th edition of the race so a large media following is expected.”

In 2005, at the ripe age of 65, Mick became the first and, to this day, only rider to solo ride the exact route of the Tour de France in one day less than the tour usually takes.  In doing so, he raised over £20,000 for Cancer Research.

But unlike his 2005 epic, where he slept in a small motorhome and undertaking the majority of the logistics himself, this year he has secured funding from sponsors Jewson, Polypipe and McCann.

He said: “I’ve chosen to raise funds for Zoe’s Place as it’s a worthwhile local cause, my sponsors all have their own charities too so plenty of people will benefit from the ride.

“I turned 65 in 2005 and I always had an idea of riding the Tour De France – to take part in the event proper you have to be with a major team and I’ve never been good enough for that.

“That ride was a huge ask for me, I completed all the PR stuff on my own but this time I’ve got a great team behind me – though people still think I’m mad as I’ve added another 12 years onto my age.

“My three sponsors are delivering funding so myself and my team can stay in hotels to get some good rest and eat some decent food along the way.

“Scot Whitlock will be is coming along with me too and he’ll be completing a daily blog of the events and plans to write a book and finish a film once it’s all completed.”

Mick is the only male British rider to represent his country internationally at road, cross, mountain and track cycling.

Off the bike, he has managed the Great Britain team at the World Championships for both cyclocross and mountain biking, as well as acting as professional team manager for several UK based professional teams.

His racing team – MI Racing – are busy preparing for the upcoming season as Mick explained his training schedule will increase as the ride gets closer.

He said: “The lads are preparing for road, mountain bike and velodrome racing but generally it’s quite quiet this time of year with few events taking place.

“It’s not nice riding out in these conditions, it’s wet, cold and windy – your fingers go numb.

“Right now I’m averaging around 150 miles a week, that will gradually increase as the ride gets closer.”

Scot Whitlock, writer, author, editor and TV Documentary maker, will be following Mick’s every pedal and will provide daily blogs on his progress as well as social media updates. 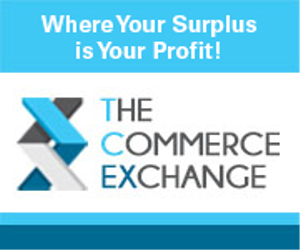